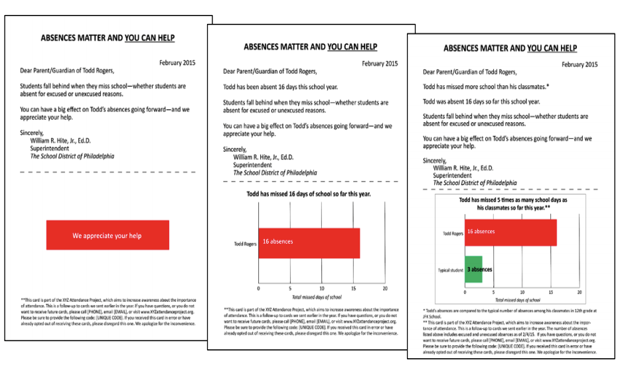 The Attendance Works mailer intervention is provided by Windham Public Schools to keep parents informed about their child's status regarding chronic absenteeism.

The mailings are a tool, directed to families of students who have missed 5% or more of schooldays at any given time during the school year. Our goal is to prevent students from becoming chronically absent.

Chronic absenteeism rates reported to the State do not distinguish whether the absence is excused or unexcused, which can be confusing to parents with students who have long-term medical conditions and who receive these mailers.

Mailings are composed of three different types (shown above):